Where is Lake Kariba?

The Story of the Lake​

Read the story of how the lake came to be… 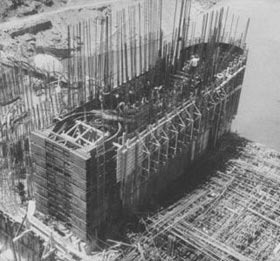 View fish species that live in the Lake… 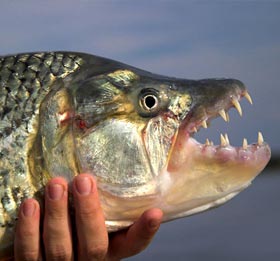 A Unique and Inspiring Water Wilderness

Lake Kariba is a unique place of outstanding beauty and unforgettable scenery. This vast man-made lake issurrounded by excellent national parks in both Zimbabwe and Zambia and really is a special place to take a safari, either by boat or on foot.

The lake has a wide range of excitement and wonder to offer the traveller. Whether game viewing from a distance on a houseboat, viewing closer to the shore from a tender or walking into the parks with a professional guide, there really is something for everyone.

Bird watching and fishing are very popular on and around the lake and an annual Tiger Fishing competition is held in October. 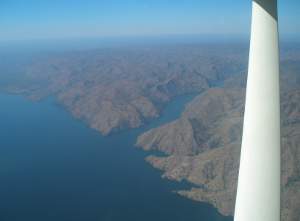 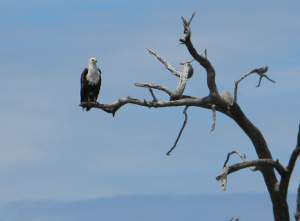 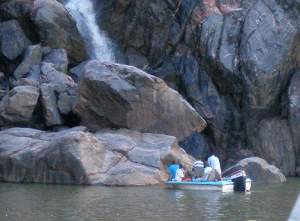 In 1958 when the dam was finished, the water began to rise at a rate a couple of metres (several feet) a day and many animals became stranded on rapidly shrinking islands and without help they were doomed to drown.

In small groups they set out and worked from dawn to dusk. They toiled seven days a week, at various sections on both sides of the lake. The rescue teams worked all through the dry season, from March to December.

They had little specialist equipment. Just a fleet of old, leaking boats and a poor communication network. What they lacked in equipment they made up for in enthusiasm and determination. Their labour is an example of what Zambia safari rescue did for conservation.

They rescued them all, large and small, including birds, snakes and poisonous ones too were not left out. The rescuers discovered that some of the animals could swim. They herded them to safety. Those that could not swim were driven to shallow water where the animals were easily captured and transported to shore.

Word of the operation spread and in February 1959 the British Sunday Mail published details of the rescue. Quickly it caught the world’s imagination. Within days reporters, feature writers and film crews were on their way to Kariba.

Soon, there were more media-men than rescuers and frequently their presence hampered operations, But they captured in words and in pictures some of the most dramatic and heart warming sights of the rescued animals, which would have otherwise gone unrecorded and unseen.

The story triggered overseas and public opinion, put pressure on governments to support the rescue project. The rescue mission was increased and supplied with better equipment.

The rescue teams grew more experienced and sophisticate. Animals of all groups and sizes were trapped or darted and transported by boat or raft to higher ground where they were release. Others were roped and towed to safety after being herded into shallow water. Non-swimmers, such as rhino were darted, trussed to raft and floated to higher ground before being freed.

In later stages tranquilliser darting techniques were used to rescue larger ferocious and /or more agile creatures. The rescue teams learnt how to dart, track, and rescue unconscious beasts before the animals recovered their senses.

Fothergill Island and the monument honour these gallant people who finally became experts at their work. The work they enjoyed most to do. Saving wildlife, which we enjoy to watch today and for the sake of future generations.

In total Operation Noah rescued 4,845 wild animals from the Islands. These detailed… 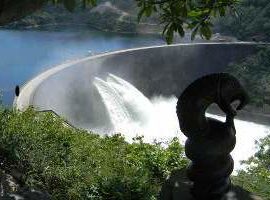